The mainstream media didn’t (refused?) to pick up this up:

YUSUF ISLAM NAMED SONGWRITER OF THE YEAR AT ASCAP AWARDS IN LONDON New York, NY, October 11, 2006: The American Society of Composers, Authors and Publishers (ASCAP) honored the top British writer and publisher members of the PRS at a special ceremony held at The Grosvenor House Hotel in London on Wednesday, October 11, 2006. Hosted by ASCAP Senior Vice President, International Roger Greenaway , the gala dinner and awards presentation honored those PRS writer and publisher members whose repertory is licensed by ASCAP and was among its most performed works in the U.S. during 2005. Yusuf Islam was named Songwriter of the Year for the second consecutive year and was recognized for his enduring classic ?First Cut Is The Deepest.? Formerly known as Cat Stevens, he w as one of the most successful and enigmatic artists of the 1970s, with a string of best selling albums, which virtually defined the concept of the sensitive songwriter. His reflective and often highly personal songs connected with a huge audience and made him an international superstar. His most notable songs include ?Morning Has Broken,? ?Peace Train,? ?Wild World,? ?Moonshadow,? ?Father and Son,? ?Matthew and Son,? ?Oh Very Young,? and ?First Cut Is The Deepest.? ?First Cut? first appeared on his 1967 album, New Masters, and has been covered by numerous artists, including P.P. Arnold, Rod Stewart and more recently, Sheryl Crow, who earned a 2005 Grammy nomination for her rendition, which was featured on her Greatest Hits album, The Very Best of Sheryl Crow.Yusuf Islam

is soon to release a Rick Nowels-produced album of new songs, his first in almost 30 years. The release will coincide with the 40 th anniversary of the first Cat Stevens record, I Love My Dog (Deram November 1966). 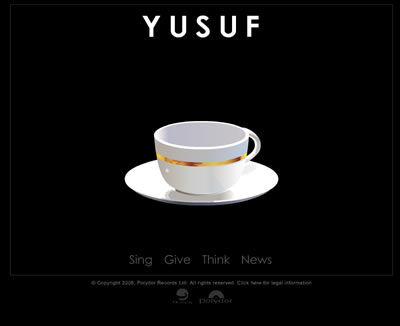 For all you Cat Stevens and Yusuf Islam fans out there, check out the new Cat Stevens’ website. It has a real retro feel to, with excellent artwork. I am not normally a big Flash website fan bit plenty of thought seems to have gone into the design and usability of this site with a seperate navigation panel that you can use rather than guess which part of the site has which navigation element. 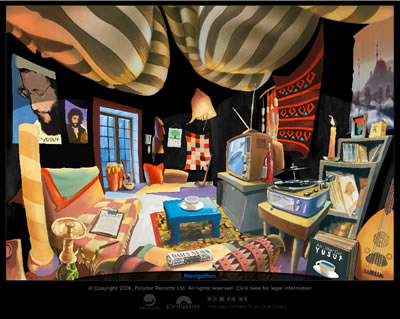