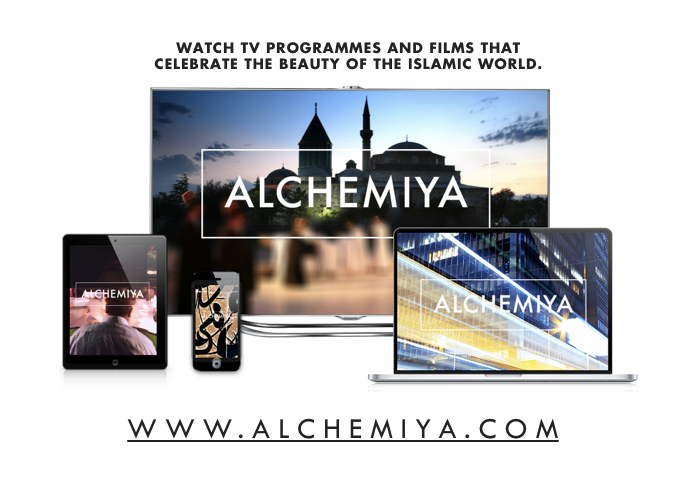 About two or so years I ago, I conducted a survey on Muslim TV opinions and habits and many of you took it and gave us your valuable feedback and opinions. This was for a project that I was working on with my dear friend Navid Akhtar called Alchemiya TV. Many of you know Navid, for those that don’t he is an established and successful media figure having been trained by the BBC and has produced many programmes for both radio and TV. He also set up and ran his own media company called Gazelle Media. You may also remember the Channel 4 series, Ramadan Diaries, which Navid was a key figure and producer for.

I have known Navid since the early 90s, he doesn’t need me to vouch for him as his achievements and experience stands and speaks for itself. That said, many people in my circle may not know him or may not know of him and this is why I am telling you a little about the man behind Alchemiya TV. Many years ago, Navid told me his vision for such a media project as Alchemiya and I was immediately taken by it and gave him my full support. Nothing like it existed in the Muslim TV and media market then, and with the plethora of Muslim TV channels, nothing like it exists today. The survey I conducted, showed us quite clearly the dissatisfaction that Muslims had with the present offering of Muslim TV channels. One key point of dissatisfaction was the very poor production value that Muslim TV channels had. People wanted something to entertain, educate and inspire and this became the motto of Alchemiya. Navid, over the last few years has travelled far and wide to make this project a reality. He has put together and refined a very solid and bullet-proof business plan, a transparent and ethical business model that is Shariah compliant, he has in place in-principle agreements with some of the Muslim world’s most exciting production companies, film makers and organisations. A lot of hard work and sacrifice has gone into this project, we faced many obstacles and set backs and we were stretched to the point of giving up. But today, we stand on the cusp of making this project a reality, and we can only do that by YOUR help. We need 3000 founder subscribers who will take a two-year £100 subscription to raise the capital to start this venture and in return the team at Alchemiya and its lawyers are looking into ways that the future financial gains of the company can be shared with its FOUNDER SUBSCRIBERS.

I fully support this project and urge you to support it too.